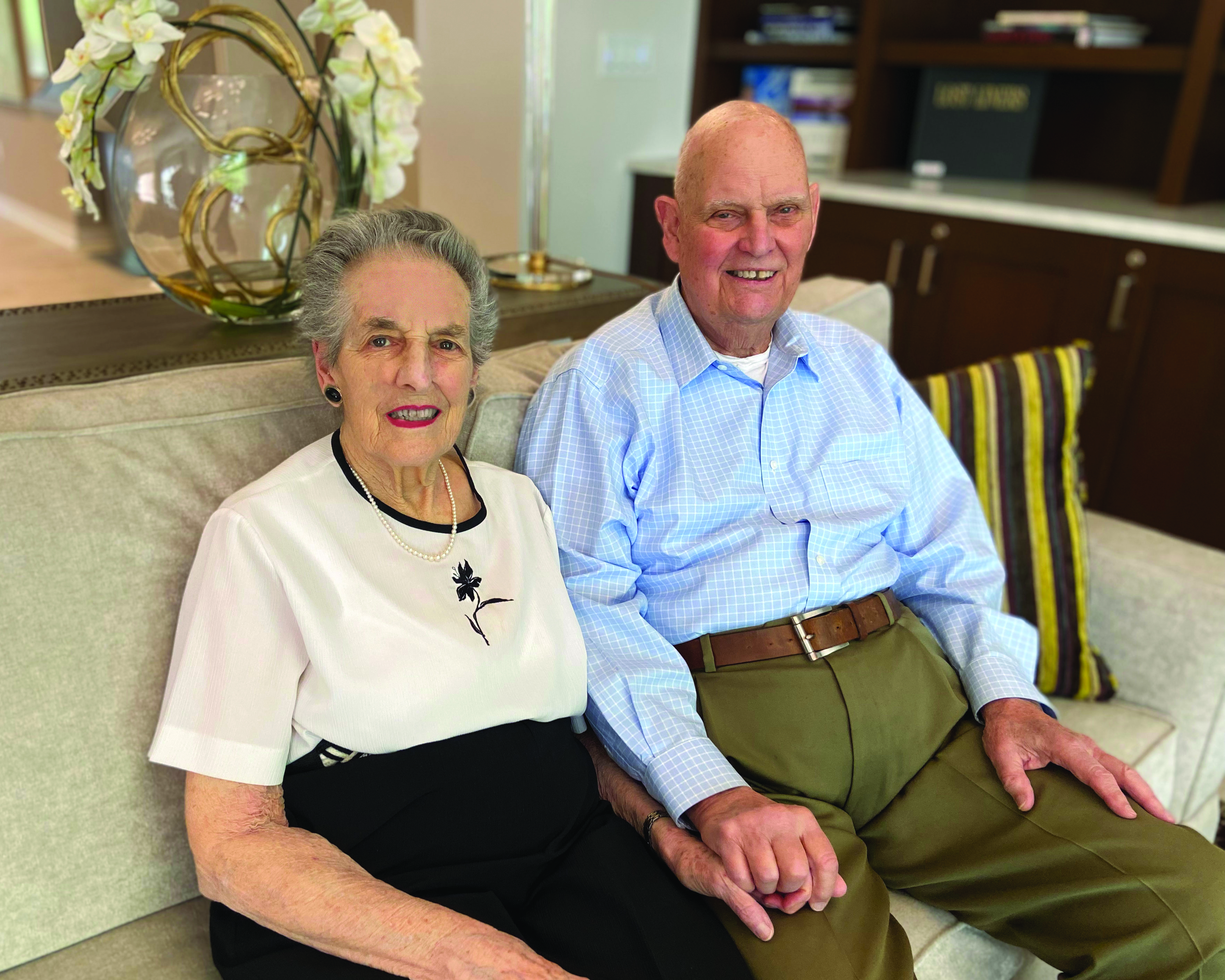 Less than 18 months after moving into Westminster at Lake Ridge, Rear Admiral Robert and Betsey Fountain made one of their largest ever charitable gifts to the Westminster Ingleside Foundation. “The gift was a win-win for us,” Rear Admiral Fountain said. “We were able to do good by being good!”

The Fountains calculated how they would benefit from a Charitable Gift Annuity, funded by their entrance fee. They received a significant federal income tax deduction and will receive quarterly income from the annuity over the remainder of their lives. “It enabled us to support the mission of the Foundation with only positive impact on our finances.”

The Fountains discussed their plans with Doug Myers, President & CEO of the Westminster Ingleside Foundation, but they did not seek outside professional advice. “We did the calculations on the back of an envelope and the advantages were evident,” they said. Once the decision was made, they informed their children, who were supportive of their generosity.

When asked how they decide which worthy organizations and causes to support, and which to decline, Rear Admiral Fountain indicated they give to 20-25 causes each year, including their schools and medical interests. “We tried to narrow the field but it’s very hard to do,” they said. “So we sow wheat with our gifts. This was our first substantial gift to the Foundation but it enabled us to do some good and to benefit financially.”